Bill Rooney, Jr. was a family man dedicated to loving his wife and to raising three sons to be decent and loving men. Bill devoted hours to teaching 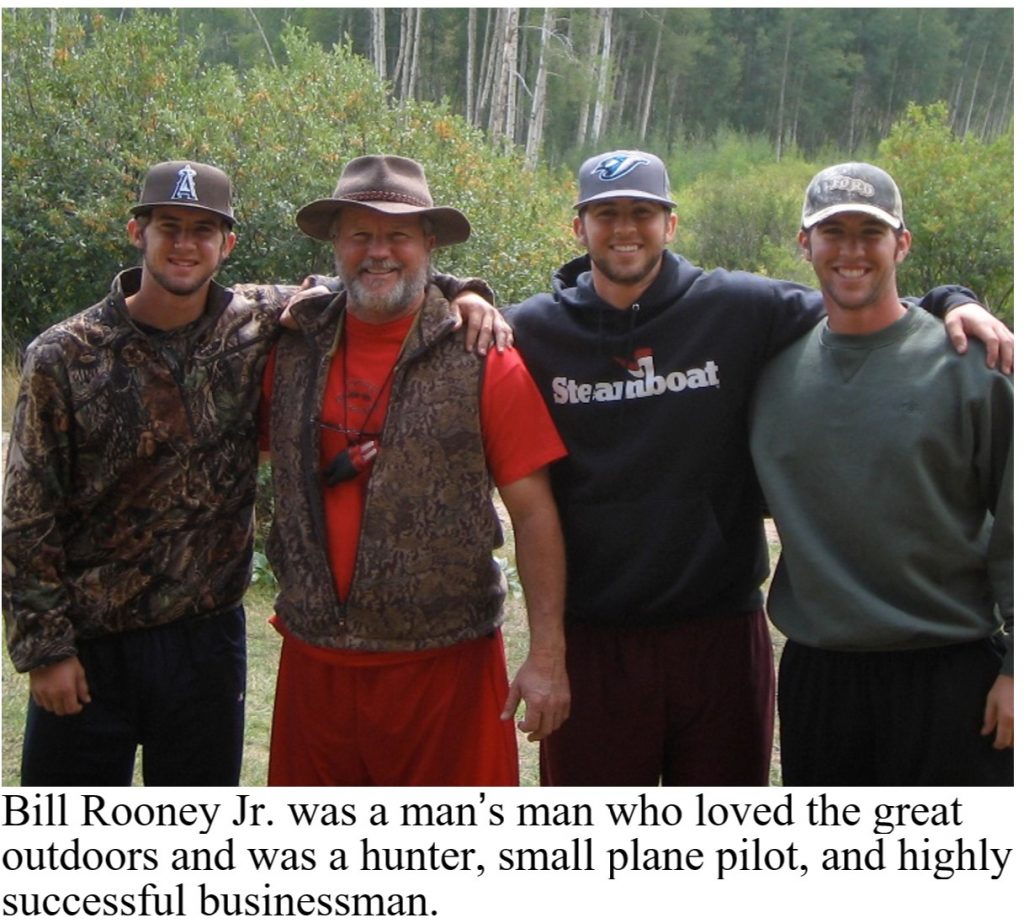 his boys to play tennis and baseball by making it fun and captivating. He also taught them big game hunting. Through this dedication and investment of time, each of the boys became highly skilled at every one of those things while learning valuable lessons of life.

I had the privilege of watching close-up one of the world’s greatest, natural-born coaches at work. True, Bill never made it on a magazine cover. But I watched as this tireless, focused, energetic coach and dad methodically, lovingly, and passionately used the arena of sports to teach our boys that you win at sports and at life by developing physical skills, mental toughness, game-smarts, and character. And you never give up!

Bill’s heart for coaching our boys and many other boys on baseball teams made it fun for them to learn and to develop the skills of a good player. He taught each boy to play his best at all times and to lose graciously – that the goal was to win the game and that losing was sometimes part of the game. Bill found much gratification in seeing each boy develop into a successful athlete in skill and in character, on and off the field. That was the kind of heart he had. 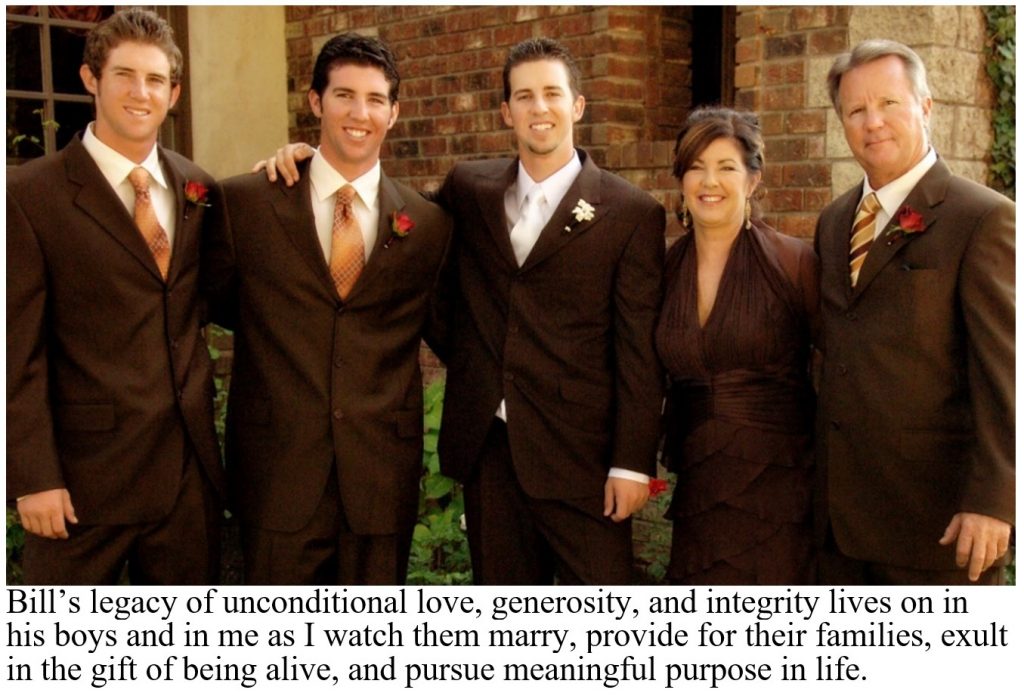 As a result of Bill’s coaching, all three boys played baseball at a high level. Each of them earned a college baseball scholarship. There was nothing that Bill enjoyed more than to watch his sons use skill, physical capability, and above all, character, to excel at the game of baseball.

It’s in Bill’s memory that I support the meaningful work of the Soaring Spirits Resilience Center and its goal to provide an abundance of resources for widows and widowers throughout the world.