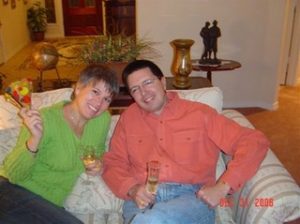 Jim was born in Enid, Oklahoma and went to Oklahoma State University, where he and Janine (Teague) met. He graduated in 1982 with a BS in Accounting and they married a year later.

Jim started his career in Public Accounting with Arthur Andersen, working with the firm in Tulsa, Chicago, and Houston 1982 through 2002. He subsequently joined KPMG in Houston, where he was an audit partner and the firm’s U.S. Audit Sector Leader – Energy until his untimely passing.

He was a member of the American Institute of Certified Public Accountants and the Oklahoma and Texas Societies of Certified Public Accountants. Jim was very involved in the community, serving on the Humble ISD Board of Trustees from 2004 until his death, when he was serving as the Board President. He also served in various capacities at the Houston Food Bank, Downtown Houston Association, the Kingwood YMCA, and Board of Directors and past-President of SEARCH, a downtown homeless service organization. 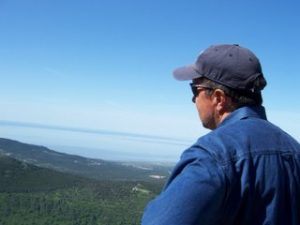 He was a faithful member of Christ the King Lutheran Church in Kingwood since 1991, serving as Congregation President and Treasurer. He was a confirmation leader, adult and youth Sunday School teacher, marriage class leader, and was the Chair of the 2005 Church vision and capital building campaign.  In his time away from work and volunteer service, Jim enjoyed bicycling, frequently competing in charity bike runs including the MS 150 events – and competitions.

Jim and Janine were the proud parents of six children and enjoyed traveling on family vacations.  He spent many hours camping, canoeing, and starting campfires with their kids through the YMCA’s Indian/Princess Guides program (now Adventure Guides).   The Eggers were also enthusiastic theater patrons and cherished their family time together at their Lake Livingston lake house. Jim was a quiet man with a great sense of humor.  When he spoke, people really did listen.